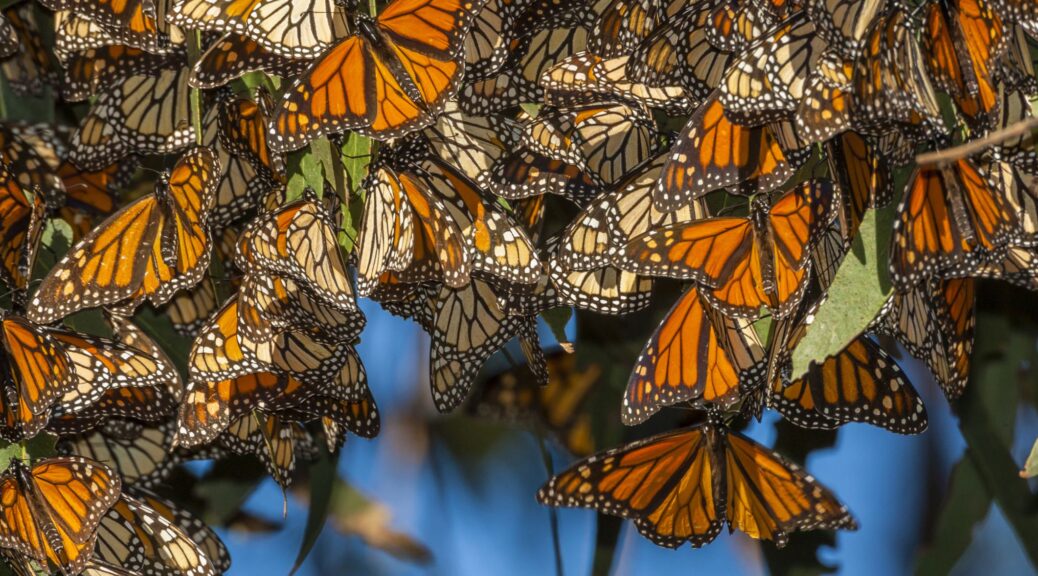 During the week I spent in California I pushed my mom in her wheelchair through the park. I scooped up avocados that the wind had knocked down. I know cargo shorts are out of fashion, but sometimes you have to stash things, you know? Avocados, for instance, or cool rocks. I saw a few Monarchs flying around, but nothing like before. Nothing was the same. On my last day I walked out to the backyard, and checked out a few ratty looking milkweed plants. I saw one Monarch caterpillar, munching along, working his way through his cycle before one of a number of possible predators picked him off. Maybe it’s a hopeful sign.