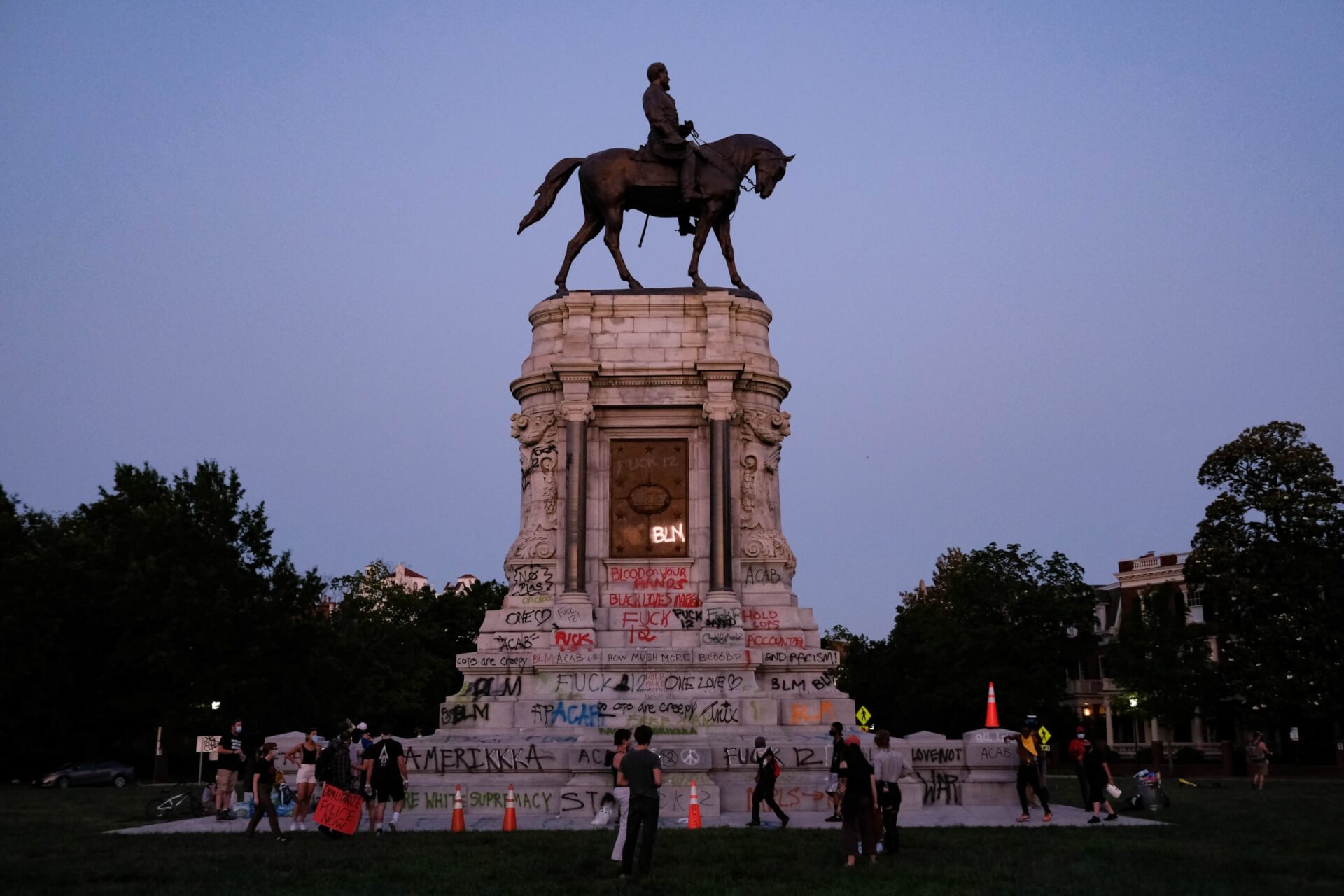 As Americans hit the streets, and monuments to America’s racist past topple down, a growing number of people are waking up to the biggest lie in American history.  This country’s racist roots run deep, from Columbus to the Confederacy to Derek Chauvin.

Contrary to American myth, the United States was not conceived in liberty and it has never fully committed itself to the principle that “all men are created equal.”  The United States was built on stolen Native American land, worked by the labor of millions of enslaved Africans and African-Americans.  That deep and fundamental commitment to inequality has come under attack on a variety of fronts in the time since four Minneapolis police officers murdered George Floyd.

The common cause of the American Revolution was not enshrined in the famous preamble to the Declaration of Independence, but later in the document, when Thomas Jefferson charged the king with stirring up slaves and the “merciless Indian savages, whose known rule of warfare is an undistinguished destruction of all ages, sexes, and conditions,” to murder white Americans. Countering those fears brought the thirteen colonies together.  The ensuing Revolution was an unmitigated disaster for Native Americans, and it ended with a Constitution that defended the institution of slavery and created a governing structure that effectively guaranteed slaveholding states control of the New Nation. Racism, illiberality, injustice are not aberrations in American history.  They rest at the core of all things.

We are six years from the 250th anniversary of the Declaration, and it is pretty clear that our commitment as a nation to life, liberty and the pursuit of happiness for all Americans is highly-qualified at best.  We, as a nation, have been at this for nearly two and a half centuries.  If we have yet to live up to our nation’s ideals, maybe it is time to admit that we never held those ideals at all.

From Columbus’s slaving voyages to the Conquistadors, from the joint-stock privateers and adventurers to the religious bigots who settled Plymouth Plantation and Massachusetts Bay, America’s colonial past was rife with exploitation and violence.  The promises of the Revolution that followed remain woefully incomplete, the protection of individual liberties enshrined in the Constitution applied selectively and partially, such that a country with 5 percent of the world’s population is home to a quarter of the people on earth who live their lives behind bars. You do not have to travel far before you see a Confederate flag. From the children, struggling and yearning to breathe free who the current occupant of the White House tore from their parents and incarcerated, to the millions of Americans who now see militarized police as a threat to their life and liberty, there results a growing awareness that we as a country have much to do to dismantle our deeply racist past.

At the marches following George Floyd’s death, protestors silently kneeled for eight minutes and forty-six seconds, the amount of time Officer Derek Chauvin had his knee of Floyd’s neck.  That is a long time.

And it has been a long time.

So keep marching, and take down those statues that lionize slave-owners who were willing to kill U.S. soldiers in order to hang on to their human property and the system of white supremacy that lay at the bedrock of American society. Of course there have been excesses.  There is much debate about the destruction of a statue of Ulysses S. Grant.  But do not lose sight of the larger significance of this moment. If you own property in the United States, you benefit from the historic and continuing dispossession of Native peoples, and from the unequal concentrations of wealth that enslavement, red-lining and other structures make possible.  Monuments are not history. They are interpretations of the past. And they are not sacred. Much of America’s monumental history justifies past evils and continuing crimes.  It is time to write a new story, and erase the biggest lie. The protestors are helping in this important work, but there remains much work ahead. It is going to require much more than police reform and pulling down statues. The removal of monuments unaccompanied by action to dismantle to structures of racism and inequality that they commemorate is nothing more than a symbolic act.

4 thoughts on “The Biggest Lie in American History”