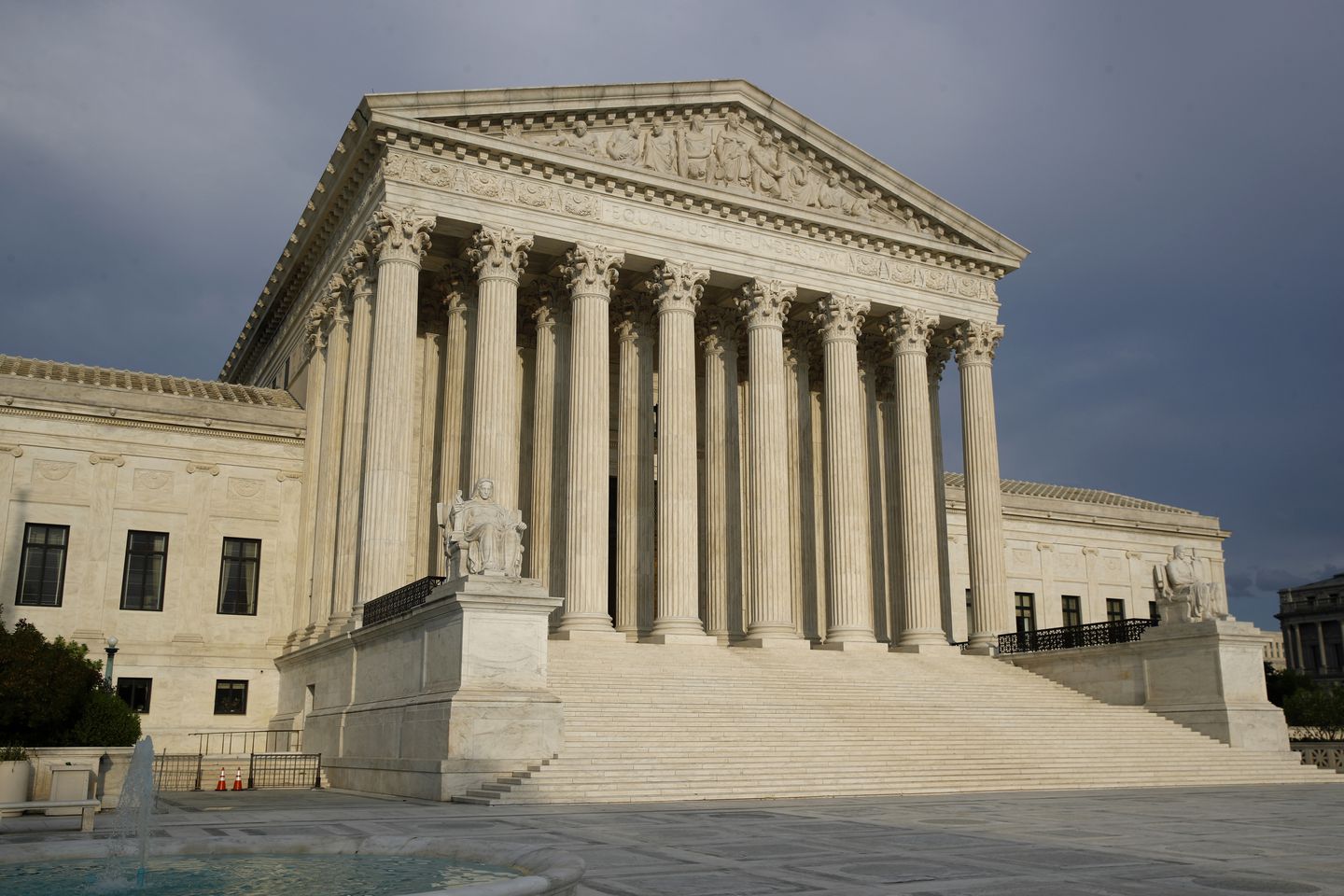 In 1978 the United States Supreme Court held that Native American tribes possessed no criminal jurisdiction over non-Indians for offenses committed on their reservations. But what about when the law enforcement officer cannot determine the ethnicity of the suspect? And what happens when that officer catches a non-Indian suspect red-handed committing a crime? These questions lie at the heart of a case the Court will take up sometime in the new year. I am worried because the Supremes, armed now with a conservative super-majority, may aim another blow at the sovereignty of Indigenous nations.

Early in 2016, tribal police officer James Saylor pulled up behind a pick-up truck parked along the side of a road on the Crow Reservation in Montana. It was 1:00AM, and Saylor stopped to see if anyone in the vehicle needed assistance. Inside the truck Saylor found Joshua James Cooley and his small child. Saylor could see that Cooley’s eyes were bloodshot and watery. He could see two weapons in the truck’s front seat. Saylor concluded that Cooley was non-Indian on the basis of his appearance but also that he could not be allowed to drive in his current condition. Saylor took Cooley into custody, placed him and his child in the backseat of his patrol car, and called in for the county sheriff to take the non-Indian suspect into custody. When Saylor went back to the truck to retrieve the keys, he saw in plain sight clear evidence of methamphetamine use and possession.

Cooley was indicted on federal drug charges, but the criminal court threw out all the evidence acquired through Officer Saylor’s search of the vehicle. The district court and the Ninth Circuit agreed that all evidence obtained by Officer Saylor when he entered the vehicle to get the keys was an illegal search and seizure and violation of the Fourth Amendment to the Constitution. Now the case is on its way to the Supreme Court, where Cooley’s attorney has argued that “the authority of a tribal officer on a state highway that passed through a reservation is limited.” A tribal officer may “initiate a traffic stop, but when doing so,” his authority is limited “to determining whether the violator is native or non-native. If the violator is native, the officer may proceed with his investigation. If the violator is non-native, the tribal officer’s authority is limited to detaining the violator for delivery to state or federal authorities.”

In Cooley’s case, his attorney continued, “at issue is not whether a traffic stop based upon the observation of a traffic violation was valid, but rather whether a tribal officer has the authority to seize and investigate a non-Indian driver long after the reason the officer first made contact with the driver had dissipated.” Cooley was no threat, his attorney argued, had answered Saylor’s questions honestly, and the officer had no lawful authority to search his vehicle.

Think about this. You are a Native American police officer, patrolling your reservation in the middle of the night. You see a vehicle pulled off to the side. Though the driver is cooperative, and opens the window, you see cause for alarm. He seems impaired, to begin with, and then there are the guns. And the one-year-old child. It is not hard to imagine that Saylor felt it necessary to investigate further.

Yet every court has agreed thus far with Cooley. United States v. Cooley will provide new justice Amy Coney Barrett her first chance to rule on a Native American case.

The United States argued in its petition for a writ of certiorari that the Ninth Circuit decision to throw out all the evidence obtained by Saylor is an “unprecedented, unwarranted, and unworkable curtailment of the sovereignty of Indian tribes,” that “precludes tribal officers from routine law-enforcement activities necessary to protect both the public and the public at large from dangerous and criminal activity within the boundaries of the tribe’s reservation.”

What do you think? Do you agree with the US Solicitor General, or with Mr. Cooley? Both sides agree that Indian tribes have no criminal jurisdiction over non-natives, but is it possible to distinguish the ability to arrest and prosecute from the need to uphold public safety on already under-policed Indian reservations? The Court’s precedents show clearly that tribal law enforcement possesses the authority to detain suspects and hand them over to state or federal authorities, which Officer Saylor did. But what about the evidence uncovered in the interim before those state or federal authorities arrive? The exercise of police authority in this case, the United States argued, “does not subject non-Indians to tribal laws and regulations,” but, rather, “it simply facilitates the exercise of sovereign authority by state and federal governments which plainly do enjoy jurisdiction over non-Indians.” The evidence Officer Saylor uncovered helped United States authorities enforce the laws of the United States.

The United States argues that it is dangerous to permit a tribal officer “to ask only one question to determine whether a suspect is an Indian” and then require that officer to accept that answer. This would allow “serious criminals to escape law-enforcement through the expediency of a simple lie that officers will be powerless to expose through follow-up questioning or investigation.”

So there is a lot at stake in this case, much more than the fate of a suspected drug dealer who pulled his truck over along the side of a road late one night on the Crow Reservation. Think of the recent Violence Against Women Act, which gave to Native nations a limited right to arrest and prosecute non-natives for intimate partner violence committed in “Indian Country.” In an amicus brief written by the National Indigenous Women’s Resource Center and joined in by all the Indian Nations whose lands lie in the Ninth Circuit, Sarah Deer pointed out under VAWA, “many tribes across the United States now detain, arrest, investigate, and prosecute anyone who committed certain domestic violence crimes arising in Indian Country–regardless of whether the perpetrator is Indian or not.” The Circuit Court’s ruling, if allowed to stand, “will merely encourage criminals to lie about their identity, as a simple statement that an individual is non-Indian, regardless of whether it is the truth, will now strip law enforcement of any authority to detain them for suspected illegal conduct.”

If, for example, a “Pascua Yaqui law officer has a reasonable suspicion that the driver of a vehicle on the reservation is committing a crime of domestic violence, must the officer ascertain the citizenship of the suspect before effectuating a . . . stop, despite the fact that Congress has passed a law restoring that officer’s full authority to arrest non-Indians who commit domestic violence crimes on the Pascua Yaqui Reservation?”

Native American women face the highest rates of violence in the country, and the majority of those committing these crimes are non-Indian. Across the United States, many non-Indians live and own lands on Indian Reservations. With almost half of all Native American women experiencing intimate partner violence, and with Native American women more than two and a half times more likely than non-Native women to be victims of rape or sexual assault, the stakes in this case are enormous.

Earlier this year the Court issued what I considered a surprising decision in the McGirt case. McGirt involved treaty rights at congressional “plenary authority” over Indian affairs. Land which the State of Oklahoma thought was under its criminal jurisdiction was still legally “Indian Country” because no federal act had changed the status of the land. Cooley touches on what happens when white people living on or passing through Indian Country commit crimes. Originally, Indian tribes were thought to be able to do whatever they wanted, unless they were specifically prohibited from doing so by a treaty or an act of congress. In 1978, the Court modified that, ruling that tribes could do whatever they wanted, unless prohibited by treaty or act of congress, or if the practice in question was somehow inconsistent with their status as domestic dependent nations, like prosecuting non-Indians for crimes committed on reservations. The Supreme Court’s history toward Indian tribes can be understood in terms of the significant erosion of tribes’ ability to exercise sovereign authority. And these rulings, in terms of crimes uninvestigated, unprosecuted, and unpunished, have literally ruined the lives of too many Native peoples. The Cooley case could make it even more difficult for tribes to protect themselves from criminals who pass through their lands. I have no idea how the Court will rule, but I worry very much about its consequences.