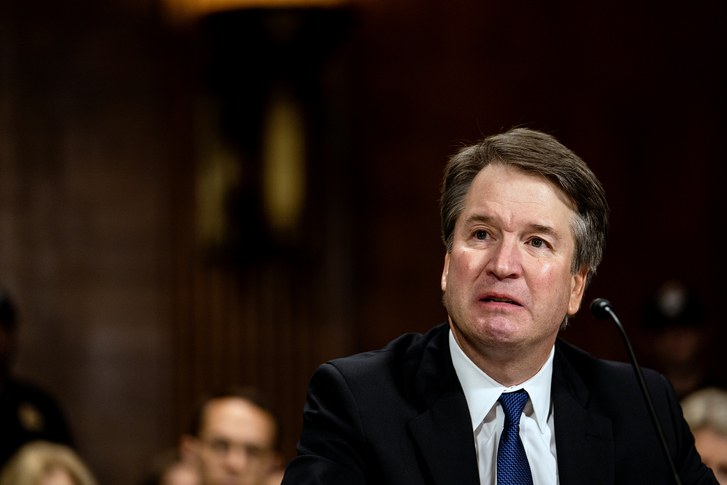 As Nina Totenberg pointed out in her report on the Supreme Court’s recent decision in Washington State Department of Licensing v. Cougar Den, Inc., Trump-appointee Neil Gorsuch joined with the Court’s more liberal members in a significant defense of the Yakama tribe’s rights under its 1855 Treaty. Those treaties are discussed in the current edition of Native America. Justice Gorsuch wrote a concurring opinion with Justice Ginsberg that tells us much about where he stands on treaty rights. This is good news for those who believe treaties matter.

The case involved a state tax upon importers who bring fuel into the Washington by ground transportation. Cougar Den is a wholesale fuel importer owned by a member of the Yakama Nation who sells to Yakama-owned gas stations on the reservation. The Yakamas’ 1855 treaty, negotiated with territorial governor Isaac Stevens, recognized their “right in common with citizens of the United States, to travel upon all public highways.”

Citing Minnesota v. Mille Lacs Band of Chippewa Indians (1999), Gorsuch wrote that the court must “give effect to the terms” of a treaty “as the Indians themselves would have understood them.”

After all, the United States drew up this contract, and we normally construe any ambiguities against the drafter who enjoys the power of the pen. Nor is there any question that the government employed that power to its advantage in this case. During the negotiations, ‘English words were translated into the Chinook jargon…although that was not the primary language’ of the Tribe……After the parties reached agreement, the U. S. negotiators wrote the treaty in English–a language that the Yakamas couldn’t read or write. And like many such treaties, this one was by all accounts more nearly imposed on the Tribe than a product of its free choice.

The Yakamas’ understanding of the treaty was easy for the Court to discern, Gorsuch believed, because “of a set of unchallenged factual findings.” Disagreeing explicitly with Justice Kavanaugh, who wrote a screaming dissent, Gorsuch wrote that “to some modern ears, the right to travel in common with others might seem merely a right to use the roads subject to the same taxes and regulations as everyone else….But that is not how the Yakamas understood the treaty’s terms.”

Before the treaty, Yakamas “traveled extensively without paying taxes to bring goods to and from the market, and the record suggests that the Yakamas would have understood the treaty to preserve that liberty.”

None of this can come as much of a surprise. As the State reads the treaty, it promises tribal members only the right to venture out of their reservation and use the public highways like everyone else. But the records shows that the consideration the Yakamas supplied was worth far more than the an abject promise they would not be made prisoners on their reservation. In fact, the millions of acres the Tribe ceded were a prize the United States desperately wanted. . . Settlers were flooding into the Pacific Northwest and building homesteads without any assurance of lawful title. . . .The Yakamas knew all this and could see the writing on the wall. One way or another, their land would be taken. If they mangaed to extract from the negotiations the simple right to take their goods freely to and from market on the public highways, it was a price the United States was more than willing to pay. By any fair measure, it was a bargain-basement deal.

For Gorsuch, all of Washington’s arguments failed. “Really,” he concluded, “this case just tells an old and familiar story.”

The State of Washington includes millions of acres that the Yakamas ceded to the United States under significant pressure. In return, the government supplied a handful of modest promises. The State is now dissatisfied with the consequences of one of those promise. It is a new day, and now it wants more. But today, and to its credit, the Court holds the parties to the terms of their deal. It is the least we can do.

Justice Kavanaugh, in his own dissent, asserted that the Court in this case had rewritten history, and he feared the consequences. The right-to-travel provision of the treaty, he argued, was nothing more than an admission by the United States that the Indians would not be incarcerated on their reservation. He cited no historical evidence for that claim, save for another treaty that said something similar. Kavanaugh’s bad history was, perhaps, less menacing than his understanding of native peoples in the American federal system. Arguing that the Washington tax law was “non-discriminatory,” in that all travelers on public roadways had to pay it, Kavanaugh accused the court of constructing a “created right” that “would seem to afford Yakama tribal members an exemption from all manner of highway regulations, ranging from speed limits to truck restrictions to reckless driving laws.” Declaring this slippery state of affairs unjust, Kavanaugh argued that

The Court’s newly created right will allow Yakama businesses not to pay state taxes that must be paid by other competing businesses, including by businesses run by members of the many other tribes in the State of Washington. As a result, the State of Washington (along with other States) stands to lose millions of dollars annually in tax revenue, which necessarily mean fewer services or increased taxes for other citizens and tribes in the State.”

None of this responds to Justice Gorsuch’s argument, of course. Kavanaugh’s opinion is deeply distressing, because he threatens to toss from the Court’s consideration tribal understandings of treaties. Dollars and cents. The effects of federal treaties on state government: for Kavanaugh that is the key issue, and his belief that states must play a preeminent role in Indian affairs is a grave threat to the sovereignty of native nations.

One thought on “Gorsuch, Kavanaugh, and the Yakama Decision before the Supreme Court”