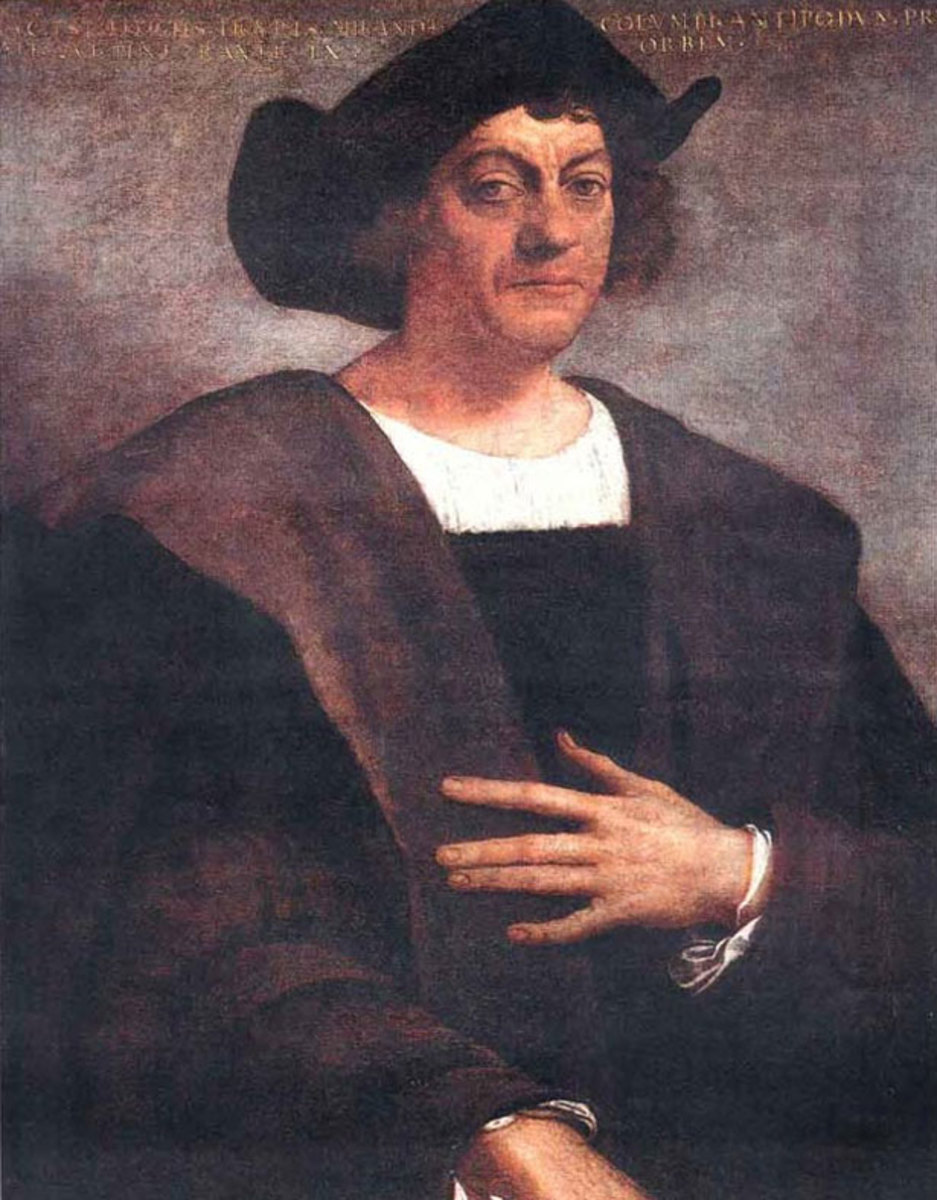 I was a bit surprised that the administration managed to get their Columbus Day Proclamation done this year, given all the chaos in the White House. So many people seem to be out sick. But on the 9th of October, a couple of days in advance of the holiday, President Trump called upon Americans to join him and “commemorate the great Italian who opened a new chapter in world history and to appreciate his enduring significance to the Western Hemisphere.” Christopher Columbus is an American hero, he said.

The proclamation celebrates Columbus’s bravery, his fortitude, and his contribution to the history of the United States. His arrival in the “New World” “marked the beginning of a new era in human history,” and “Columbus represents one of the first of many immeasurable contributions of Italy to American history.” The President’s staff recycled a lot of language from their earlier Columbus Day proclamations, and for its first two paragraphs, the 2020 proclamation follows a well-worn path.

In what many hope will be his final Columbus Day Proclamation, however, the President seemed to acknowledge that many Americans, and especially many Native Americans, see Columbus as a symbol representing more than five hundred years of genocide and settler colonialism. “Sadly, in recent years, radical activists have sought to undermine Christopher Columbus’s legacy.” If you read this blog, you know that these critics of Columbus are anything but, and that a broad scholarly consensus has formed around the enormous destruction wreaked by Columbus and his successors.

These extremists seek to replace discussion of his vast contributions with talk of failings, his discoveries with atrocities, and his achievements with transgressions. Rather than learn from our history, this radical ideology and its adherents seek to revise it, deprive it of any splendor, and mark it as inherently sinister. They seek to squash any dissent from their orthodoxy. We must not give in to these tactics or consent to such a bleak view of our history.

Therefore, the President said, we will squash the activists. We will punish you if you suggest that our history is something other than goodness and light. And Donald Trump emphasized that he is on the job. He will save the western heritage from the scholarly barbarians at the gates. He mentioned that earlier this year, for example, he signed Executive Orders punishing acts of vandalism against monuments on federal property, calling for the creation of a “National Garden of American Heroes,” and establishing the “1776 Commission,” which, he wrote, “will encourage our educators to teach our children about the miracle of American history and honor the founding.” What’s more, President Trump pointed out that in September he signed an Executive Order intended “to root out the teaching of racially divisive concepts from the Federal workplace, many of which are grounded in the same type of revisionist history that is trying to erase Christopher Columbus from our national heritage.” Much was at stake, the President said. “Together, we must safeguard our history and stop this new wave of iconoclasm by standing against those who spread hate and division.”

Radical activists. Extremists. Revisionist History. The words are said sneeringly, and the President’s words are intended to delegitimize and cast as disloyal those who challenge the simple-minded patriotism of the radical right. History, after all, is being revised all the time. We historians ask questions about the past, we gather the evidence, we consider the work of those scholars who preceded us, and we offer our answers. The value of our work is determined by the soundness of our reasoning and the strength of our evidence. Historical interpretations are revised in scholarly publications, in books and articles and really good student term papers and, increasingly, in the street. Ignore the truth about your monumental heroes long enough, the radical right is learning, and someone may revise your cherished statue into a piece of rubbish.

There is nothing funny about the President’s proclamation. Those who point out that this nation was founded in violent processes of dispossession and enslavement are making claims abundantly supported by evidence. There is an enormous body of fantastic scholarly work now reaching the interested public bringing attention to the ubiquitous brutality of American slavery and the thoroughness of dispossession. Scholar after scholar highlights and points out the problem of systemic racism in American society not because they are disloyal, but because they want to make things better. It is the scoundrel’s way, and the tyrant’s, to ignore this scholarly work and the evidence upon which it is based, and instead to denounce the brave people who make these claims as traitors and extremists. Be brave, my friends, because you have to know that this president and his supporters won’t. That puts us all in danger.