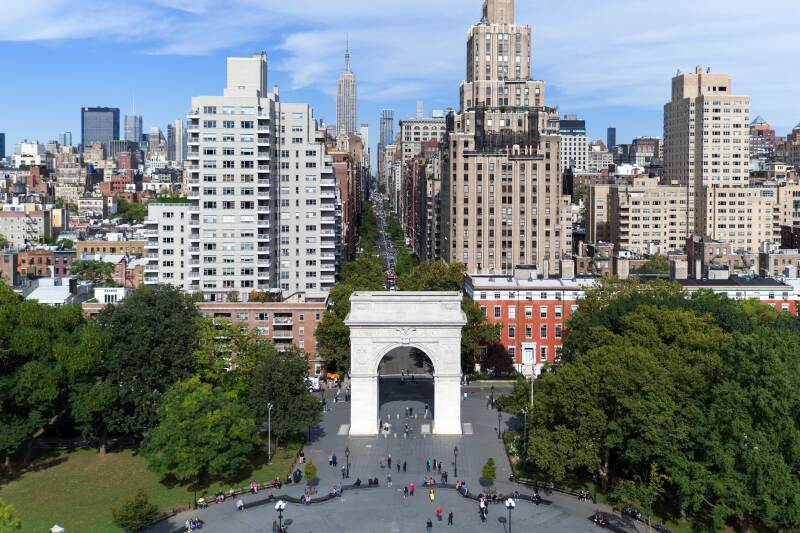 Once there was a chemistry professor with decades of experience teaching Organic Chemistry, “a difficult and important course, a rite of passage for future medical doctors, scientists, and many engineers, professions that require the ability to reason well from a set of new data.” He was a bigwig, an important guy, an esteemed scholar, who came to New York University in 2007 after forty-three years of teaching at Princeton, where this “Sage on the Stage” had “tenure and an endowed chair.”

At first, all went well at NYU. But sometime around 2012, this brilliant molder of young minds began to notice something. The students were not doing as well as they used to do. They “were increasingly misreading exam questions,” despite his “careful attention to the wording of problems.” Exam scores declined, as did attendance “in the traditional large lecture section of the course.” These problems grew even more pronounced when COVID hit. Students rarely watched the professor’s video-recorded lectures. “Single digit exam scores became common and we even had zeros on exams, something that had never happened before.” While 60% of his students still received A’s and B’s, the rest were struggling.

The students let their opinions be known. They filled out teaching evaluations which, the professor claimed, were “once highly useful.” But now they “have become just another social media opportunity to vent. Evaluations are now often personal and sometimes profane.” Many of the students thought the teacher’s course was too hard, his grading too severe. They organized a petition, and last summer, the professor was fired.

The students I teach are not the same as those I taught pre-Covid. They are not the same as those I taught during the Clinton and second George Bush years, either. Jones worries that his firing will have a chilling effect on the profession. Will untenured professors be afraid to offer challenging material because students may rise up in defiant protest? “Teachers must have the courage to assign low grades when students do poorly without fear of punishment,” Jones wrote. “In these times when critical thinking skills are desperately needed, it is more important than ever to dedicate ourselves to the high standards of education. Without those standards,” Jones maintained, “we as a nation will not produce those individuals–doctors, engineers, scientists, –Citizens!–will guide us toward a better future.” Sounds like there is a lot at stake.

Give me a break.

I teach history, not chemistry, but I have been in classrooms for a long time. Like a lot of people at colleges like mine, much of my time is spent teaching students who are not history majors. I have taught many, many students majoring in Chemistry and other sciences since I began my teaching career in 1994. I have, I think, some perspective.

Of course we want high standards. Of course we can agree with the esteemed Dr. Jones that we want and need educated students capable of reasoning at the highest levels. But there are different means to those important ends, and what Dr. Jones’s story suggests to me is that he was failing to reach, by his own admission, 40% of the students in his classes. Dr. Jones blames the kids and the culture, but I would suggest that before he casts a generation into the dustbin, that he and scholars who share his fears take a good long look in the mirror. And there are a lot of teachers who share his fears.

Be brave, my friends. Don’t be afraid of the students you teach. It is a really bad look.

We are teachers. And when students fail to complete our assignments, or fail to meet our standards, that’s on us, not them. We may have to accept the reality that what we have done in the classroom, in Jones’ case for generations, may no longer work. We have to adapt. We have to teach the students that are in front of us, not those we long for from a distant past.

Maybe the “traditional” large lecture course is no longer an effective way to teach chemistry. Maybe the innovations Jones is so proud of no longer work. Maybe his delivery of material is staid, tired, and boring. Maybe he failed to change with his students.

I used to go to a meeting of faculty on campus where some of my science colleagues lamented that the students my college was admitting “were not good enough.” One of them said “we are admitting them, and then we flunk them out.” This refrain was repeated at subsequent meetings. I stopped attending.

Because the position they took, and the position Dr. Jones takes, strikes me as profoundly amoral and a colossal abdication of responsibility. If we admit students, we need to teach them. Our colleges are taking large sums of money from families and students who want and expect an education. If they are poorly prepared to receive our wisdom when they arrive, we have some extra work to do. We can, as Dr. Jones does, lament how we have been relegated to casting our pearls before swine, or we can teach. And teaching means changing. It means reading the room. It means talking with and listening to students. Actively, honestly, and openly. And taking what we learn and applying that in the classroom. Every one of these students, one of my retired colleagues told me one, is the most important person in someone’s life. If teaching the current generation of kids is more difficult, please stop bitching and moaning about it and find something else to do. Lord knows, there is a job crisis out there, and there are literally hundreds of people who are willing to do the job if you are not committed to doing so.

They will do fine, Dr. Jones, and I suspect they may do better without you.