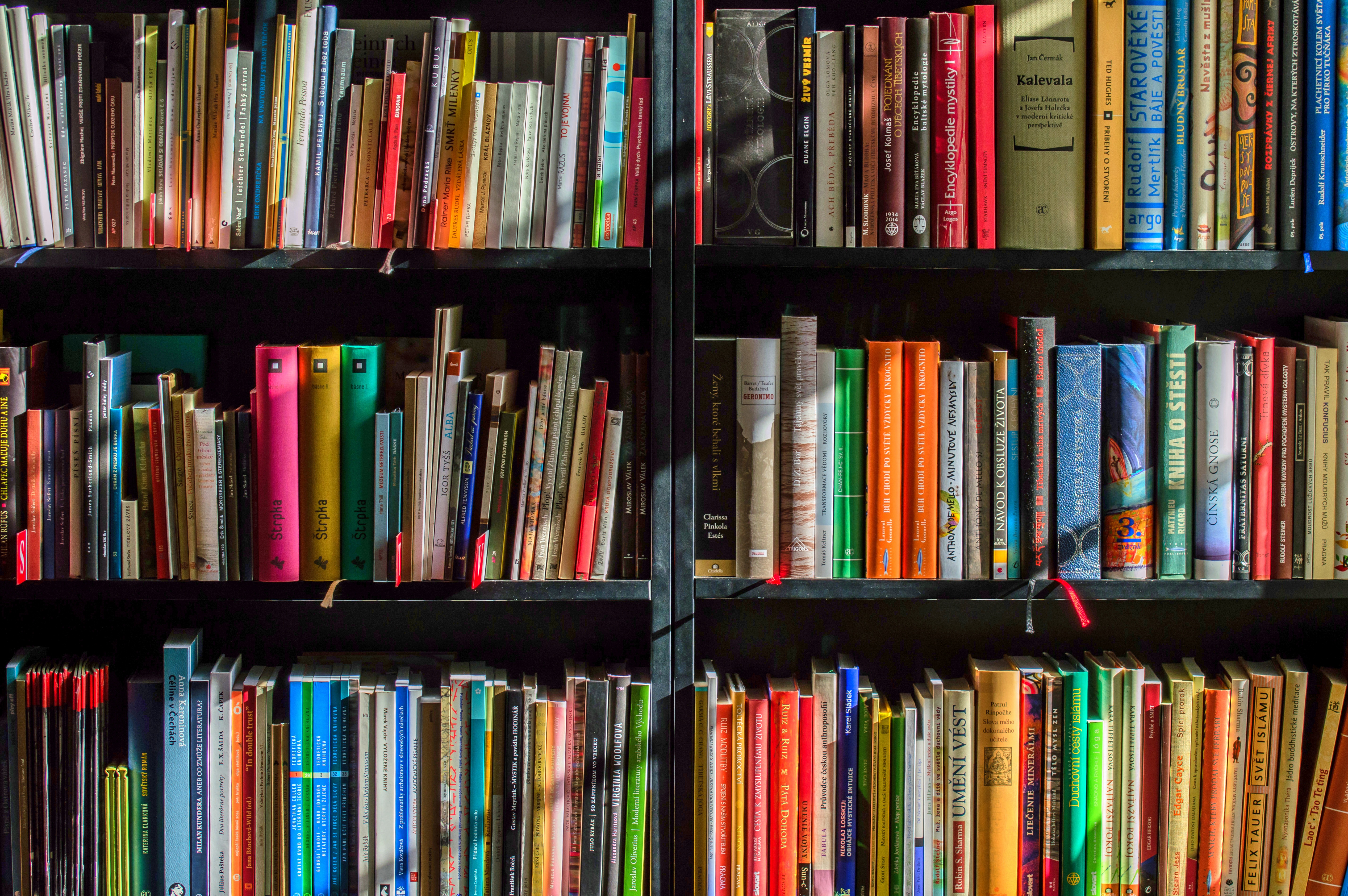 I have completed all of my grading for the fall semester, made it through the stress and hustle of the holidays.  Some time to reflect, before the next semester begins in a couple of weeks.  The final essays written by students in my Western Humanities course inspired me. We can read so many laments about “kids these days,” so many ill-informed condemnations of “campus climate.”  God knows, there is a lot to worry about in this world, but these kids are all right.

I have written about Geneseo’s Western Humanities requirement on this blog before.  In my version of the course, the students begin by reading three works from Ancient Greece: Antigone, Thucydides, and Plato’s Republic.  They then read Cicero’s Republic and Virgil’s Aeneid.  After the Greeks and Romans, we move into the Judeo-Christian tradition: Genesis, much of Exodus, the first and most of the second book of Samuel, a good chunk of Isaiah, the Gospel of Matthew, Paul’s Letter to the Romans, and the passion narratives in the other three gospels. We spend the next three meetings on the first nine books of Augustine’s Confessions. Followed by Aquinas’s Treatise on Law, More’s Utopia, and Shakespeare’s Hamlet.  It is a heavy reading load for a single semester.  We wrap up with three short readings: Martin Luther King’s “Letter from a Birmingham Jail,” Jack Gilbert’s poem “A Brief for the Defense,” and Roger Rosenblatt’s 2016 essay for The Atlantic called “The World is a Thriving Slaughterhouse.”

If you read this blog, you will know my affection for Rosenblatt’s essay.  Going through an attic full of photographs, notes, and clippings documenting his long career as a war correspondent in some of the late 20th century’s most brutal combat zones, Rosenblatt told the story of the people he met—in Israel, Palestine, the Sudan, Cambodia, Rwanda.  He closed the essay with the story of Khu:

Here are notes on a conversation with Khu, a 15-year-old boy who fled Vietnam to Hong Kong after the war. His parents are dead. He had nothing in Vietnam, so one night he jumped aboard a boat in Haiphong, headed up the South China Sea to Hong Kong. After some time, the people on the boat ran out of food. The captain, or “boat master,” assigned one man to knock Khu unconscious with a hammer and another to cut his throat, so the others could eat him. When the crew members saw the tears on Khu’s face, they let him live. But the next day, the adults killed the man with the hammer and cut up his body. “Everyone was issued a piece of meat, about two fingers wide.” Khu holds up a hand to indicate the size of the portion. He says he understands their actions. They were starving. Would you do the same?, I ask him. No, he says, I would not kill in order to live.

It is evening, and Khu and the translator are sitting with me, looking over the dazzling Hong Kong harbor. We watch the junks move among the little islands. The mountain of the city rises like a Christmas tree. I ask Khu what he’s thinking about. The lights, he says. They are beautiful. And the boats. I ask what he thinks about the boats. He says they are also beautiful. What else is beautiful?, I ask him. He says everything is beautiful.

I asked the students to write an essay reflecting on Khu’s last statement, drawing as they did so upon any four of the pieces we read over the course of the semester.

Because to me and to them, I know, it does not always seem beautiful. The suffering in Syria or Yemen or Afghanistan, or the violent persecution of minorities on a global scale, or the callousness shown to the millions of people displaced around the world, so many of whom flee victimization only to become victims once again. Two children, fleeing the hell on earth that is their homeland, died in the custody of American law enforcement.

The students acknowledged this suffering. I encouraged them to follow the news, and many did so. They wrote movingly about these global injustices, placing this ugliness in the context of their understanding of Plato’s forms, or the call in Testaments Old and New to extend grace, compassion, and kindness to those on the margins, and Augustine’s urgent determination to find an explanation for the reality of evil that did not leave him wrecked and wretched.  They used Sophocles and Aquinas to make the case that a higher law exists—somewhere—against which the deeds of even the most confident despot will be measured. And Hamlet: in that grief-shattered young man, aware fully of the rottenness surrounding him, the students drew the lesson that as long as you are alive, you might find the chance to look past the despair, a lesson Hamlet himself could not learn. They understood well, as Ethan Hawke’s character in the film “First Reformed” put it, that balancing despair and hope is a struggle at the center of the human condition, even if Hawke’s character succumbed to that despair as well.

So many of the students went beyond the news, the world at large, to write about their own moments of darkness.  They wrote with feeling, and I am grateful to them for sharing their stories with me. They were so personal, and so certain am I that they have not shared these stories widely on campus, that I do not feel that I can share them here in any detailed manner.  They wrote of the trauma and pain they carry, for example, from their parents’ acrimonious divorce. They wrote of their first encounters with death: of high school classmates to accidents, overdose, or homicide; of the adults in their lives, to cancer, accident, and suicide.  They wrote of people who died young, and their loss left these kids with their first taste of grief.  They identified with Augustine, who saw in his own struggles with grief a sign that he was not well, that his heart was unquiet.  They chronicled their struggles with breathtaking frankness. They spoke of their own mistakes, and the hard lessons they have learned.  They understood their own shortcomings, the steps they need to take in places to make themselves whole.

Spend four months talking with these students. Read their writing.  If you had the chance to do so, you would worry less about the future generation.  The students, at their best, wrote essays in which they examined big questions: the experience of evil, the suffering in the world and in their own lives, their place in a cosmos that at times seems close to shattering.  They looked out at the world, took its measure to the best of their ability, and they saw the beauty in it all.  They were not naïve, to my mind. They understood that there is so much injustice, so much that is so seriously screwed up.  But if they did not have a ready solution for the problems they so clearly could see—problems that great thinkers have thought about for millennia—most of them believed firmly that it did not have to be that way.

I find the Humanities course a challenge to teach. I was not around long ago when my colleagues assembled the original reading list, a menu from which faculty are allowed to make selections in a number of categories.  We have some freedom to substitute and innovate, but at the end, we have a long list of books that discuss all sorts of things. Finding unifying themes, I found difficult when I first taught the course.  After eight years of teaching it, the themes are more apparent.  Have no fear, I tell the students.  If there is one thing the books that they read share it is this: an awareness of the need to be not afraid, to be willing to ask difficult questions, to demand evidence, to express their dissent.  As we watch a political system presided over by the Travesty-in-Chief, aided and abetted by the tens of millions of Americans who still support him, and political leaders who know better but refuse to speak up, that courage is more necessary than ever.

These students expressed, each in their own way, their optimism that their generation was up to the task.  They expressed their openness to the possibility that the world does not need to be the way it is.  They agreed with Khu.  That faith, in a country where somehow that smash-and-grab operation that is the Trump Administration managed to come to power, buoys me and, I suspect, many of those of us who teach.

2 thoughts on “Everything is Beautiful”