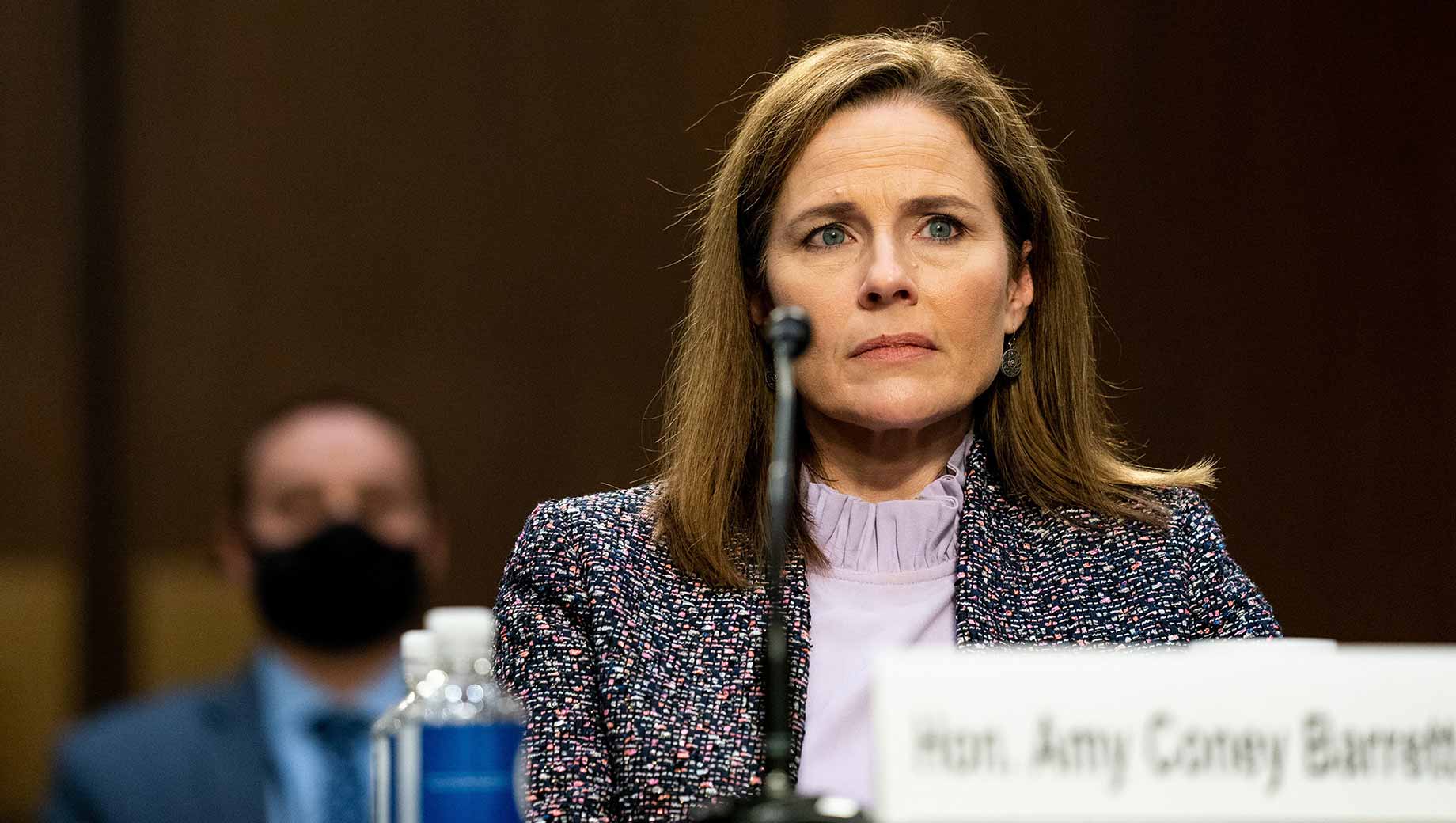 Supreme Court nominee Amy Coney Barrett argues that the Constitution and its amendments ought to be interpreted in the manner its creators intended. Originalism, the name for the legal theory to which she subscribes, has its adherents who believe that they can intuit the farmers’ intent from the close reading of the nation’s charter documents and the context in which they were written. But originalism has always been a problematic and ahistorical approach to legal interpretation, because so much of the meaning of the Constitution was contested, ambiguous, and unclear at the time it was written.

This point is amply borne out by the Indian affairs clause of the United States Constitution.  Article I, Section 8 contains a list of powers that “we the people” bestowed upon the legislative branch of the government. Among those is the right to “regulate commerce…with the Indian tribes.”

But what does “commerce” mean?

The first federal Congress, in an attempt to add some flesh to these bare bones, enacted in the summer of 1790 the first of a number of “Trade and Intercourse” acts. These laws asserted federal control over non-native Americans and attempted to regulate their conduct when they engaged in commerce with Indian nations. Traders who wanted to engage in the Indian trade needed a license from a federal agent and so on. But there is nothing in the sparse language of the Constitution, or the subsequent legislation defining that language, that gave to the people of the United States power over the internal workings of Indigenous Nations. Yet, over many decades, the United States has seized control over more and more aspects of life in Native American communities, finding justification for this “plenary authority” in Article I, Section 8. “Commerce” now means pretty much everything and anything.

Judge Barrett has said nothing about Indian affairs during her relatively short legal career, and it never came up in the questions she avoided answering during her hearing before the Senate Judiciary Committee.  But Judge Barrett has made clear her immense respect for Justice Antonin Scalia. During his tenure on the court, tribal interests prevailed only a fifth of the time. Scalia wrote five majority opinions on the subject, all of which were defeats for Native American interests. Yet in each of these cases, the language of the Constitution provided no clear guidance.

Scalia’s closest intellectual partner on the Court had been Justice Clarence Thomas, who has said very provocative things about the Indian Affairs clause. In 2004 Justice Thomas upheld the constitutionality of a law that allowed Indian tribes to prosecute non-member Indians, but he was troubled by the Court’s arguments.

Thomas could not accept the Court’s assertion “that the Constitution grants Congress plenary power to calibrate the ‘metes and bounds of tribal sovereignty.’” He could not “locate such congressional authority in the Treaty Clause. . . or the Indian Commerce Clause.” A decade later, in Adoptive Couple v. Baby Girl (2013), Thomas again considered the constitutional basis for plenary power, this time in a case involving the 1978 Indian Child Welfare Act.  “Although the Court has said,” he wrote, “that the central function of the Indian Commerce Clause is to provide Congress with plenary power to legislate in the field of Indian affairs,” neither the text nor the original understandings of the Clause “supports Congress’ claim to ‘plenary’ power.”  The contested adoption proceedings at the heart of the Baby Girl case involved neither commerce nor tribes, and Thomas believed that “there is simply no basis for Congress’ assertion of authority over such proceedings.”

In 2016, in the case of US v. Bryant, Thomas once again wrote that Congress’s “purported plenary power over Indian tribes,” rests on shaky foundations.  “No enumerated power–not Congress’ power to ‘regulate commerce…with Indian tribes,’ not the Senate’s role in approving treaties, nor anything else, gives Congress such sweeping authority.” And in a 2017 dissent in a case involving the Secretary of the Interior’s decision to take 13,000 acres of Oneida land in New York into trust, Thomas again criticized the Court’s Indian Commerce Clause rulings.  Allowing the federal government to take land within a state into trust on behalf of an Indian tribe, Thomas argued, could not be supported by any language in the Constitution, and it would have shocked the “Founding Fathers” to “find such a power lurking in a clause they understood to give Congress the limited authority to ‘regulate trade with Indian tribes living beyond state boundaries.”

Justice Thomas defined “commerce” narrowly. If Congress had no acceptable justification for its claim to plenary power, Thomas believed that power must exist in some other entity.  For Thomas, it seemed to be with the states.

What does “commerce” mean, and what did it mean in 1787, when the Constitution was ratified, or in 1789 when it went into effect? It is difficult to say. Various “Founders” disagreed and changed their opinions over time. Justice Thomas has pointed out that the Court’s Indian Commerce Clause rulings are built on a fiction, that they stand without justification in the Constitution’s language. Plenary power may rest on nothing more than brute force. No principle, no historical document, can justify it.  Many of Justice Thomas’s colleagues disagree. They argue that Article I, Section 8 does indeed grant to the federal government “plenary power” over Indian affairs.  The Founders used the word “Commerce.”  They provide little support for those who see in the Constitution what can best be understood as an extralegal, and extra-Constitutional, extension of federal authority over Indian affairs.

Judge Coney Barrett’s commitment to discerning an original meaning to the Constitution conveniently ignores all the gray areas, those realms of law and constitutional interpretation where the matters under consideration have been contested ever since the document first was written, debated, and ratified.  Originalism is a scoundrel’s argument. It will be used by the new Supreme Court majority to injure women, people of color, and our friends and family in the LGBTQ community. We could talk about abortion, or the right to marriage, or the very practice of judicial review itself, the Constitution does not always speak clearly to us.  Originalism, a most tendentious way of deducing its meaning, is a flawed approach that has been used as a lever to prop up the power of the federal state to do, in the end, as much or as little as it wants.

2 thoughts on “Amy Coney Barrett’s Constitutionalism is a Fraud”