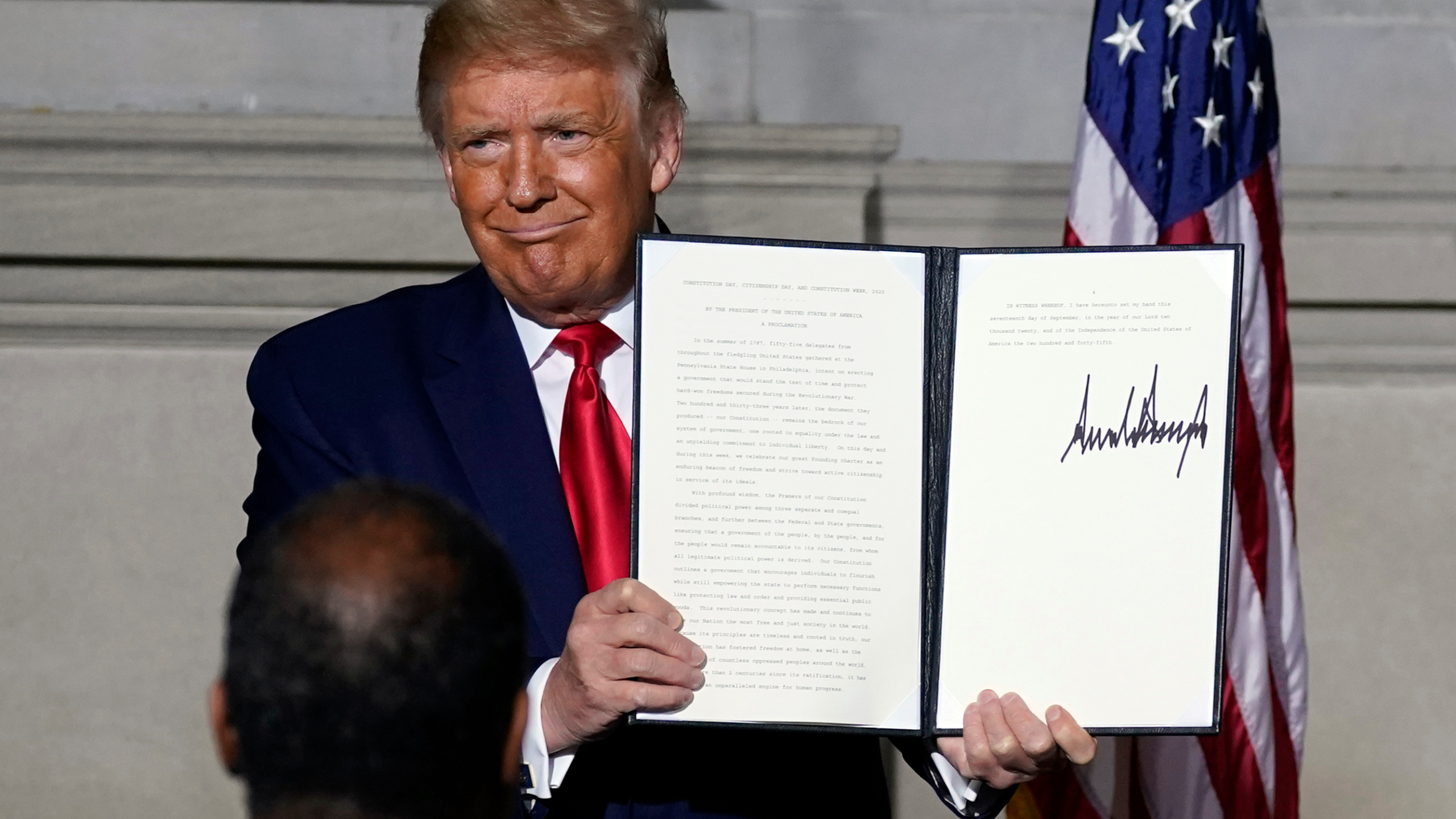 Just a couple of days after President Trump used his Columbus Day Proclamation to stir up the dingbats and those who find mention of Columbus’s slaving voyages an assault upon their white privilege, his campaign issued its “Putting America’s First Peoples First” platform for a Native American policy for his second term. “Forgotten No More!” the policy proposal screamed. The President has been trying in the campaigns closing days to win the support of Native American voters.

Native Americans, who have long listened to American government plans to put them places, whether first or elsewhere, can be forgiven for their skepticism.

The “First Peoples” plan rests upon five “Core Principles.” First, “Recognizing Tribal Sovereignty and Self-Determination.” Next, the President pledges to promote “safe communities” by “increasing public safety in Indian Country–particularly by continuing to find solutions to long-standing challenges like missing and murdered Native Americans and the opioid and meth crises.” The President committed his administration to “building a thriving economy with improving infrastructure” for native peoples. Despite his refusal to acknowledge Indigenous Peoples’ Day or the suffering that followed the Columbian encounter, the President wanted to honor “Native American heritage” and improve education, including “access to high-quality education options that are consistent with Tribal traditions, languages, and culture.” Finally, the President’s plan includes a pledge to improve health care for Native American communities. The language in each of these proposals was circular, written in a slapdash manner. We will make education better by improving education; we will make Indian communities safer by eliminating conditions that make them unsafe, and so on. Each of these headings included a number of specific policy suggestions, none of which were original or showed much imagination.

It is all a sham. You should know this by now. There is no reason to believe a word that anyone affiliated with this administration says.

The successes that President Trump has claimed–signing Savanna’s Act, for instance, or the Thomasina E. Jordan Indian Tribes of Virginia Federal Recognition Act of 2017–were measures with widespread bipartisan support. No matter who was president, these bills would have become law. The items listed in the President’s “Putting America’s First Peoples First” plan were entirely non-controversial. They are items with broad support, and they have been pursued for years.

And none of this can erase the fact that the President has been a disaster for Indian Country. Despite his Johnny-Come-Lately approach to recognizing the Lumbees, there is no denying that Trump’s bungling of the Coronavirus pandemic brought devastation to Native American communities. His administration failed to quickly and equitably deliver CARES Act funding to beleaguered Native communities, causing further suffering. To satisfy his corporate allies, he has opened sites sacred to Indigenous peoples to corporate exploitation. He has shown no respect for Native lands, and respects Indian tribal sovereignty only so long as tribes give him what he wants. While his plan calls for “growing the pipeline for Tribal entrepreneurship through opportunities for Federal contracting,” the only pipelines the President seems interested in are those his corporate enablers bore through Native American lands.

Who cares what this administration says? Why does anyone listen any longer?

We have had four years of lying, graft, self-dealing, deceit. There is no reason for any one to believe a single word they say. The only people who claim to believe what this President says are fools or accomplices. In every way possible, he and his administration have coarsened this country’s already jagged edges. Their cruelty and vindictiveness, their dishonesty and their violence, their racism and their avarice, have shown to the world that this country is not anything close to what it claims to be. In every way possible, this President and his supporters have made everything worse. They are craven, cruel liars, who have left a stain on the ragged fabric of the Republic that may never wash out. The President’s late arrival on Native American issues is purely transactional. Support me, and I will see what I can do for you. But he has absolutely nothing new to say, and nothing to say on these issues worth our time and attention.