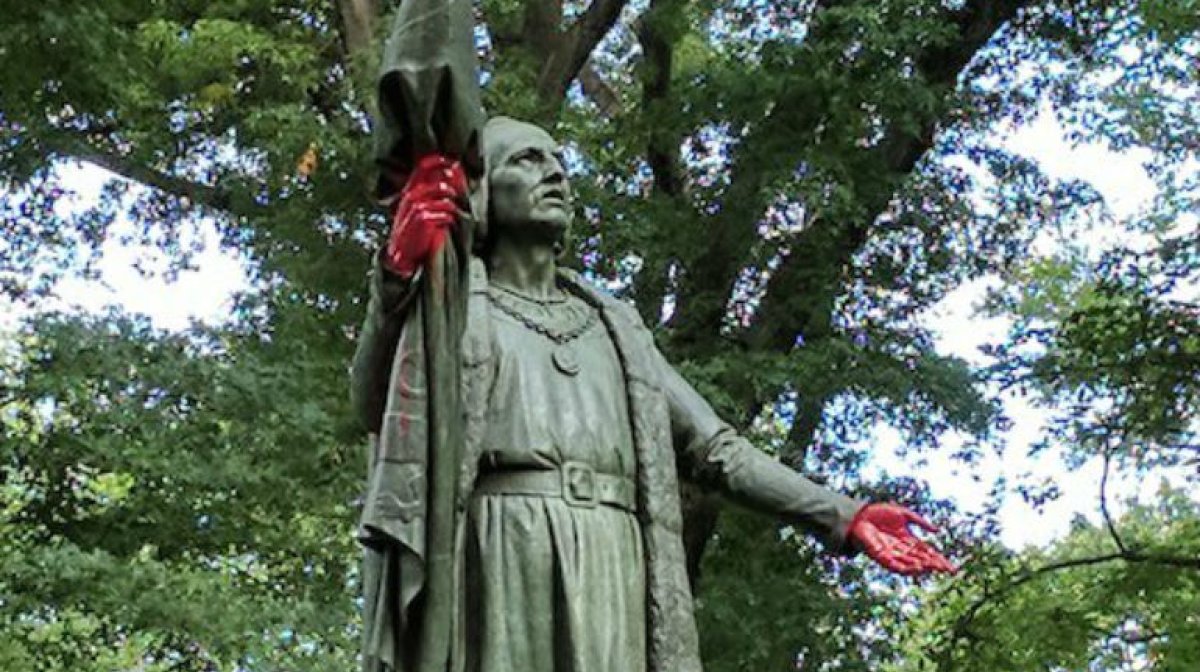 And it is pretty much what you would expect from a President who is watching as his associates are arrested, and as impeachment comes ever closer. Whichever flunky in the White House the Chief of Staff tasked with writing this year’s proclamation merely took last year’s work, changed a few words here and there, added some details and deleted others, and probably cranked it out in five minutes.

After “a perilous, two-month journey across the treacherous Atlantic Ocean,” the Proclamation reads, Columbus came ashore in the Bahamas. His voyage “ushered in the Age of Exploration, changing the course of history and setting the foundation for the development of our Nation.” Columbus was courageous and skilled, and his “drive for discovery” rests “at the core of the American spirit.”

Columbus was a proud citizen of Genoa, the proclamation continues, and Columbus Day provides “an appropriate opportunity to recognize the more than 16 million Americans who claim Italian heritage and to carry forth the legacy of generations of Italian Americans who helped shape our nation.”

As we have come to expect from this President, there is no reference in the brief proclamation to the millions of native peoples whose worlds were transformed in dark and frightening ways by the arrival of Europeans, and who became victims of an American genocide. I have written at length about the costs of the Columbian encounter, and there is no reason to repeat all that here. We cannot be surprised that this blighted administration is incapable of producing a proclamation that at least hints that there were enormous human cost accompanying the events this document celebrates.

No, in this proclamation the President states that

“the bold legacy of Columbus and his crew spun a thread that weaves through the extensive history of Americans who have pushed the boundaries of exploration. On Columbus Day, we draw inspiration from this intrepid pioneer’s spirit of adventure. We also affirm our commitment to continuing our quest to discover and better understand the wonders of our Nation, the world, and beyond.”

The nightmare that has been much of your history, the President may as well have said, will continue.

2 thoughts on “I Read Donald Trump’s Columbus Day Proclamation So You Don’t Have To, 2019 Edition”