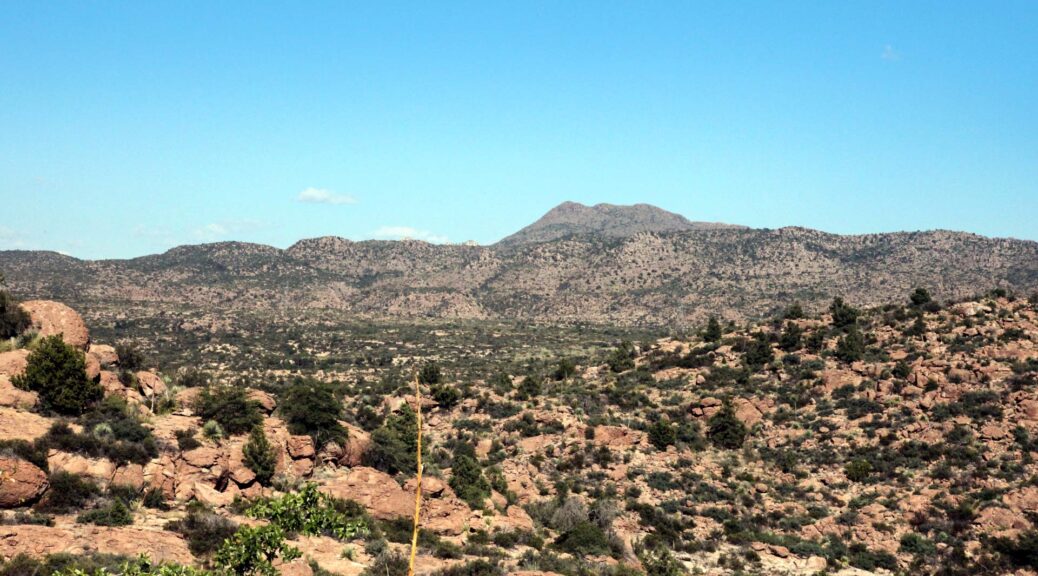 The Trump Administration is going out like it came in, eager to help its corporate allies dig up every bit of wealth they can find on land sacred to Indigenous peoples.

The lawsuit seeks to stop the U.S. Forest Service’s publication on January 15, 2021, of a final environmental impact statement that will trigger the transfer of Oak Flat to Resolution Copper.

The Forest Service is rushing publication to help Rio Tinto take possession of Oak Flat before the end of the Trump administration, despite opposition by Apache Stronghold, San Carlos Apache Tribe, White Mountain Apache Tribe and hundreds of other Native American tribes.

Today’s lawsuit against the U.S. government says the giveaway and destruction of Oak Flat violates the Religious Freedom Restoration Act and Apaches’ constitutional rights to religious freedom, due process, and petition and remedy. The giveaway also constitutes a breach of trust and fiduciary duties.

“Oak Flat is holy and sacred. Chi’chil Bildagoteel is central to our traditional religion and identity as Apache people,” said former San Carlos Apache tribal chairman and Apache Stronghold leader Dr. Wendsler Nosie, Sr. “Giving away our sacred land by the U.S. Government for destruction by a foreign mining company destroys our ability to practice our religion. It violates our First Amendment right to the free exercise of our religion protected by the Constitution.”

In December 2014, after being thwarted for nearly a decade, Arizona Republican Sen. John McCain, along with U.S. Reps. Ann Kirkpatrick (D-Ariz.) and Paul Gosar (R-Ariz.), attached a legislative rider to the 2015 Defense Department funding bill giving away Oak Flat to Resolution Copper.

Oak Flat is located about 70 miles east of Phoenix on the Tonto National Forest on lands historically shared by multiple tribes including the Apache, the Yavapai, the Pee-Posh and the O’odham. Prior to the rider, Oak Flat has been protected from mining since 1955, when President Eisenhower protected the area for its cultural and environmental value. Rio Tinto admits that their Oak Flat mining will create a crater almost two miles across and more than 1,000 feet deep. Oak Flat will be destroyed.

“Mining corporations from other countries want to destroy our holy land, destroy our religious beliefs and destroy our religious freedom,” says Apache Stronghold member Naelyn Pike. “Oak Flat, or Chi’chil Bildagoteel, is a God-given gift that our creator has given to us for sacred purposes and it must be protected for that reason.”

In November 2013 current San Carlos Apache Tribal Chairman Terry Rambler told Congress, “…mining on the Oak Flat area will adversely impact the integrity of the area as a holy and religious place. There is no possible mitigation for destroying Apache cultural resources… There are no human actions or steps that could make this place whole again or restore it once lost.”

This summer Rio Tinto destroyed the Juukan Gorge sacred site in Australia. Last month Rio Tinto Chairman Simon Thompson promised, “As a business, we are committed to learning from this event to ensure the destruction of heritage sites of such exceptional archaeological and cultural significance never occurs again.”

“Oak Flat is sacred. Its where the Apache peoples’ religion began. Where the covenant between the divine and the human was established. It’s like Mount Sinai, where Christians and Jews believe Moses received a covenant,” Rev. Dr. William J. Barber, co-chair of the Poor People’s Campaign, said in December. “[T]his government in no way should be taking these lands and giving them to this multi-national Resolution Copper just for greed and power.”

“As a Christian minister who is committed to the freedom of religion for all people, I am appealing to all people of faith and urging them to stand with Wendsler Nosie and the Apache Stronghold before it is too late,” Rev. Dr. John Mendez of Emmanuel Baptist Church said at a Repairers of the Breach gathering in November 2019.

One thought on “Save Oak Flat from Destruction”