I recently was invited to speak at a Teach-In on my campus.  The purpose of the gathering is to support student-activists interested in countering the policies of the Trump administration.  At the time that invitation was extended, some weeks ago, the Dakota Access Pipeline and the #NoDAPL movement were still very much in the news.   Since then, the Trump administration has fulfilled its promises to the oil men and the businessmen and fossil fuel addicts among us, and the pipeline is sadly looking like a done deal.  I have written about the process here and here and elsewhere on this blog.

But there are still plenty of other issues to talk about.

This piece, for instance, has been circulating quite widely. It is produced by Alaska Indigenous, in order to provide “critical commentary on the pertinent social, economic, and political affairs of Indigenous peoples in Alaska.” The Trump Administration, and its policies, has awakened quite a bit of passionate writing, and those who feel that they stand to lose something from Our Bronze Creon’s policies, or who have the humanity to sympathize with those who might, are on high alert.  That is a good thing, in my view.  This particular post has shown up in my various newsfeeds a couple of times. And, earnest as it is, it did not sit well with me.

Yes, Donald Trump has shown that he is no friend to native peoples. His administration is staffed by men with little awareness or understanding of the problems faced by Native Americans and other peoples of color in the United States (or worldwide, for that matter, but I can only cover so much).  His visit to the grave of Andrew Jackson makes that clear enough.  In my view, we must remain vigilant with regards to the actions of this administration.  We must stay informed. We must be critical. We must continue to demand to see the evidence, and to continue to ask tough questions, even when it seems we are being ignored. That is what intellectually courageous students do.   But let’s not fly off the handle.

The author of this piece worries that the Trump presidency could result in a return to the failed and discredited federal policy of termination, a multi-faceted program driven by Congress aimed at eliminating any relations between the United States and native peoples as parts of sovereign political communities.

Termination was catastrophic for those native communities that fell victim to it.  But only a tiny percentage of the nation’s native population went through termination: indigenous activism and protest slowed and ultimately stalled the policy, and led to its replacement with a federal commitment to “self-determination,” a phrase used both by presidents Lyndon Baines Johnson in 1968 and Richard M. Nixon in 1970.  That is an important part of the story that is too often ignored: native peoples defeated the policy of termination.Their actions led the government to this historic shift in policy.

And termination is not coming back.  Take a look at the Republican and Democratic party platforms from the last election season.  They differ more in style than in substance, with the Democrats celebrating with good cause the achievements of Barack Obama’s consequential presidency. But both claim to support self-determination and tribal sovereignty. Trump’s administration might be bad for Native Americans, but it is hard to tell: we have as yet no Under-Secretary of the Interior for Indian Affairs.  But as I have pointed out elsewhere, Trump’s Interior Secretary Ryan Zinke has shown his commitment to learning about Native American issues in his home state of Montana.  One could argue, moreover, that Trump’s nominee for the Supreme Court, Neil Gorsuch, has a better record on Indian rights cases than the Notorious RBG, Ruth Bader Ginsburg.  The Senate Committee on Indian Affairs has a good record for working together in a bipartisan manner, and there are significant challenges ahead in Indian Country where Republicans and Democrats might come together. Sure, Trump’s supporters say some crazy things, but we should read these statements critically and carefully.

The author of the blog post concentrates much of his or her ire on Oklahoma Republican congressman Markwayne Mullin.  Mullin is, the author contends, a “pretendian” who favors the privatization of Indian lands.  Statements to this effect were attributed to Mullin during the transition, but his actual position was a bit more complicated.  As an outsider, I do not engage in questioning claims to Native American identity. Mullin is an enrolled member of the Cherokee Nation (and for the complexities tied into this, see Circe Sturm’s brilliant Becoming Indian, a book which might work well in your courses).  And Mullin’s charge–that the Bureau of Indian Affairs and the federal bureaucracy in general stifle enterprise and economic development in Indian country–is nothing new.  “Red Progressives,” like Charles Eastman, Carlos Montezuma, and Arthur Parker, made similar arguments frequently during the early twentieth century.  (For this subject, I use in my courses Frederick Hoxie’s Talking Back to Civilization, but you might like as well David Martinez’s The American Indian Intellectual Tradition, a more voluminous edited collection of writings).  There is nothing at all progressive in any of the policies Representative Mullin supports, but his complaint has been around for quite some time.

And economic development in Indian country and energy policy are complicated things. Coal, for instance.  Donald Trump has made a lot of noise about bringing coal mining jobs back to the United States.  The experts who I have listened to see this as a forlorn hope: coal is a dirty fuel with falling prices and a finite future.  Coal increasingly 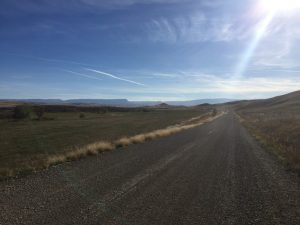 looks like it is part of the past, whatever the claims of the Trump administration.

Zinke came from Montana. He favors increasing coal production in Montana, and he would like Indian lands to be a part of that effort.  He said this as a congressman and he is saying it now as Secretary of the Interior. Environmentalists have legitimate reasons to be concerned about this. But here’s the thing.   The Crows, whose story I tell in Native America, are of course well aware that some of the richest coal seams in the American west are located on Indian land.  The Crows’ tribal leadership has looked to develop its own energy resources on their own land.  Sovereignty and self-determination, right?  Even though in recent years coal prices have fallen and opposition to coal as a “dirty” fuel has increased, the Crows see coal development as a means to combat poverty. Coal revenue could pay for schools and for roads. Noting that his people have survived warfare, epidemic diseases, and attempts to assimilate them and eradicate their culture, Crow tribal chairman Darren Old Coyote told an industry journalist late in 2015 that “we’re going to continue moving forward to survive, and the only way I know how now is to develop our coal.” The Crows, he said, “have the manpower,” and “we have the capability of being self-sufficient. There is no reason why we should be this poor.”   The Crows’ efforts to develop their resources, to exercise their economic self-determination, was affected negatively by the policies of the Obama administration directed toward reducing America’s reliance on coal.  We might not like coal mining as an economic activity, but it is worth debating how far we are willing to go when we speak of self-determination.  The third article to the United Nations Declaration on the Rights of Indigenous Peoples, after all, guarantees to native peoples the right to self-determination, and with that the right to “freely pursue their economic, social, and cultural development.”  Does that include coal-mining on indigenous lands, when that nation’s leadership favors coal mining?

I have made it very clear on this site how I feel about the actions thus far of the Trump Presidency in the realm of education and Indian Affairs.  But we must couch our opposition in the evidence, especially when we are contending against the policies of an administration that plays so fast and loose with the truth.  We should take nothing on faith, and always read and listen critically.  Ask tough questions.  Look alive.  Stay informed and stay on your toes. Hell, study history.  That is sometimes easier to do if we keep ourselves firmly grounded in the evidence, and with an openness to the complexities of the issues that concern us.