I have written at length on this blog about the boarding school experience, mostly in light of recent Canadian efforts to recover and digitize an enormous documentary record and discuss its implications fully enough to arrive at some sort of truth and reconciliation for the suffering these institutions unquestionably caused. While acknowledging the limitations of these initiatives, I have been largely positive in my assessment, and I have lamented that no similar accounting has taken place in the United States.  As a nation we do not talk about our history enough.

That is why I was so excited to learn about the Carlisle Indian School Digital Resource Center based at Dickinson College.  Dickinson is located in Carlisle and houses an enormous amount of material connected to the school in its archives.  This wonderful project, under the direction of Dickinson College Archivist Jim Gerencser, Sociology Professor Susan Rose, and Special Collections Librarian Malinda Triller Doran, brings the sources together from a host of archives for a frank discussion of boarding schools and the involvement of the American government in them.

About a decade and a half ago, I took an interest in the student records from the Carlisle school. At the time I was conducting research on an Indian best known as Chief Buffalo Child Long Lance.

I ordered Long Lance’s student file from his time at Carlisle from the National Archives. It was expensive and it took some time.

I was drawn to Long Lance’s story because the other works looking at his career had, it seemed to me, missed the heartbreak and the drama at the heart of his story, one that I felt was so rich not only for understanding Native American history and the history of race in America, but also how one flawed man navigated the restricted racial pathways of the United States in the early twentieth century. (So much scholarship, students, finds its origins in a historian’s dissatisfaction with something he or she has read). 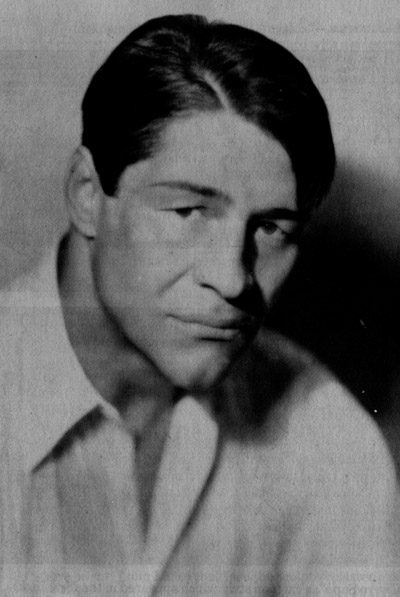 And here he was: grade reports, news clippings about his career after he left Carlisle, and the lengthy correspondence between school officials and others attempting to discern Long Lance’s true heritage. He had claimed a series of identities over the course of his varied career: Croatan, Lumbee, Cherokee, and, ultimately, Blackfeet.  Some, however, aware that he had been born in Winston-Salem, North Carolina in 1890 as Sylvester Long, suspected that he was a black man playing Indian to avoid the racial confines of the segregated south.  Long Lance left Carlisle as the pressure and the questions mounted, joining the Canadian expeditionary force that went to France to fight in the first World War.

Long Lance never succeeded in escaping these suspicions. Indeed, much of his career ought to be viewed as a series of attempts to prove the authenticity of an Indian identity that carried him through more and more grandiose efforts to conform to white stereotypes about who Indians were and what they ought to be.  As a Croatan, a Lumbee or a Cherokee; as Sylvester Long or Sylvester Long Lance or Buffalo Child Long Lance; as a Wild West performer, a soldier, a boxer and a chief: he never seemed Indian enough in his own eyes or in the eyes of the many people who watched his self-made celebrity grow.

He ended up in Southern California, the toy-boy of the wealthy Anita Baldwin, a Los Angeles heiress who hired Long Lance to accompany her and keep her company, an exotic ornament she could display to her friends.  It was in her house, which stood on land that is now part of the Los Angeles County Arboretum, where he committed suicide in 1931. Though most accounts suggest that he ended his life because he could not escape suspicions about his “blackness,” that his “ethnic transvestism” had been at last unmasked, it is more likely that he was a forty-year-old man who felt that he had passed his prime, who had lost his opportunity at true love with a woman who simply did not care about his race at all.  Alone and on the downward slide: men have killed themselves for far less.

Fifty years later, crew members filming the television series “Fantasy Island” on the grounds of what had been the Baldwin estate claimed to have seen Long Lance’s ghost, dressed in the regalia of a Blackfeet Chief, astride his pony.  In death if not in life, Long Lance may have made a convincing Indian.

The value of these Carlisle records is that they allow the historian who is willing to dig and poke around, and accept that frustration and dead-ends are part of the historian’s enterprise, to reconstruct the lives of individual native people at a time when they government and its agents wanted them to assimilate and disappear, whether that individual is notorious like Long Lance, or little-known like the scores of Onondaga Indians who attended the school.

117 Onondagas attended the Carlisle Indian School.  Most of them were male, almost all of them teenagers.  Most of them had attended the day school on the Onondaga Nation territory south of Syracuse, New York, before enrolling. Some of them had attended the Thomas Indian School on the Senecas’ Cattaraugus Reservation, a boarding school operated by the state of New York. Colonel Pratt, the school’s founder, liked to show his supporters before-and-after photographs of “wild” Indians transformed into uniformed and short-haired students. Pratt told anyone who would listen that his goal was to “kill the Indian and save the man,” replacing their savagery with civility.

Except that he didn’t. Pratt was a tenacious self-promoter. He was also, in my book, a liar, and too many historians who have not looked at the school’s records have allowed him to get away with it.  As the information on the Onondagas shows, the students who came to his came to his school often had attended day schools or other educational institutions before coming to Carlisle.  They could speak, read, and write in English, many of them better than most of the college freshmen I see. They were often members of Christian congregations on the reservation.  Many of them knew how to far.  In addition to learning crafts, they studied algebra, grammar, and spelling.

I am working on a history of Onondaga, from the earliest days of the Iroquois League up to the present. In writing a story that covers more than five hundred years it is easy to lose sight of individuals, to focus instead on the larger strands a historian can pull and weave in order to produce a compelling narrative.  The individuals who emerge in stories such as these, in Native American history as in other fields, are often elites, leaders, and men mostly, who interacted with the white people who produced the documentary record upon which we historians rely.

In these Carlisle records, we can see inside the homes of ordinary Onondagas. We can hear their thoughts, see their concerns.  We can see the poverty, the hard work needed to scrape by in central New York, or the difficulty in finding the six or seven bucks it took to buy a ticket home from Carlisle to Syracuse, when a parent needed the help of his or her child. We see parents earnestly imploring  Carlisle’s superintendent to treat their children well when word arrived that the kid had fallen ill–from an abscessed tooth, or erysipelas, a fever, or tuberculosis.

There is plenty of heartbreak in these documents. Some of the young people from Onondaga who went to Carlisle suffered from loneliness. Some clearly felt acute homesickness. Some learned of the death of parents or siblings through the mail and were not able to go home afterwards.  A few of them were treated poorly, the felt, in the houses where they were sent through Carlisle’s “putting out” system. Many of them ran away, and some of them tried to do so more than once.

But there is more to it than this.  We see young people from Onondaga who wanted to go to Carlisle, or whose parents wanted them to go to Carlisle, to learn a trade that they could not learn at home. Sometimes the kids had fun. Some of them wanted to be at Carlisle. A few of them did not want to go home.  They wrote fondly to Pratt’s successor Moses Friedman and thanked him for sending copies of the school’s newspaper.  When they could, they attended Carlisle sporting events. More than a few described how much they missed Carlisle, how they wished they could come back. They kept Friedman abreast of developments in their lives, and some of them helped recruit students. For some of the Onondagas who attended Carlisle, their fondness for the school was enormous.

These documents, so carefully digitized and well curated by the team at Dickinson, complicate and enliven the stories we now can tell about Carlisle.  And they will allow me to tell a more nuanced and detailed story about the Onondagas and their history.

One of the tricks of writing Native American history is to take sources written by white people who almost always thought that native peoples needed to die, disappear, or change, and use them along with those sources where native voices do appear to provide a rich description of Native American lives. With a judicious selection of secondary sources, an instructor could offer a wonderful seminar on historical research methods for beginning students, introducing them to the analytical and investigative tools a historian must develop. And a student could use this database to write a wonderful research paper.  The Carlisle Indian School Digital Resource Center is digital humanities at its best.

2 thoughts on “Visiting Carlisle, One Click at a Time”