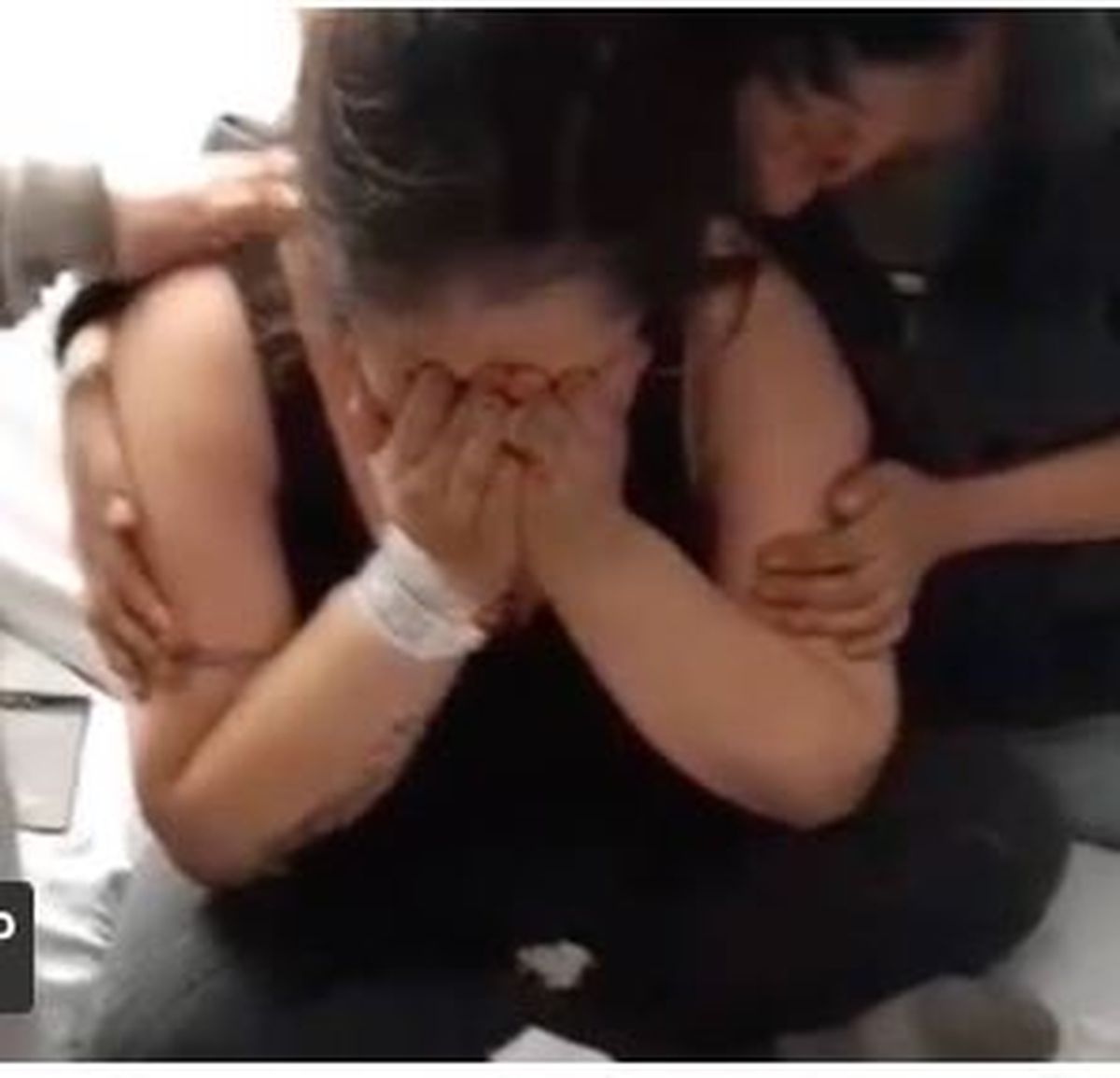 There is a video that has been circulating on Facebook. So many people viewed it and it generated so much attention that the Toronto Globe and Mail picked up the story. A young woman, quietly sobbing in her hospital bed, rocking her newborn baby. Her family surrounds her, one of them recording the event on his phone. One of them wails loudly as Canadian social workers in Winnipeg, backed by the police, explain that they must take the baby away from her mother. She was intoxicated when she entered the hospital in labor, they have said, but the family denies it. They say that if the baby cannot stay with its mother, perhaps the child could go with grandparents or another family member. Their protests do not matter. The child is placed in a car seat, and carried away by the police. The mother will find out on Wednesday if she gets her baby back.

According to the Globe and Mail, one newborn baby is taken for her mother every day in the province of Manitoba, and 90% of those newborns come from First Nations communities. Prime Minister Justin Trudeau calls the practice “heinous,” but it continues nevertheless. The Prime Minister, members of his government, and many Canadians speak of reconciliation. They established a commission to bring about truth and reconciliation, to acknowledge and start to undo the damage, or to at least understand the traumas the Canadian government inflicted upon native peoples through the “Sixties Scoop” and its network of residential schools. That these institutions were the site of massive suffering and abuse is beyond dispute.

Reconciliation sometimes seems like a one-way street. Sure, it has sparked conversations about the pain and the burdens of colonialism in Canada that Americans would never consider engaging with, though these sentiments are obviously not shared by Gerald Stanley, or the jury that acquitted him, or the doctors who, reports indicate, continue to sterilize First Nations women against their will. And all this news appears against the backdrop of a report that the number of children separated from their parents and thrown in cages at the southern border of the United States is far greater than the Trump Administration let on, literally unknowable, because they did not keep records.

This is heavy, all of it, when you add it up. It leads me to the conclusion I have been sharing with students in my classes for several years now: that one could write a history of the native peoples of North America using the cruelty meted out upon indigenous children by settler states as the thread holding together the narrative. Cruelty to children runs through the entire story.

These thoughts were on my mind several years ago when I began the work of revising Native America to produce a new edition. The second edition, I realize, shows this focus: the discussions of acts of terrible cruelty or callousness carried out by the English, French, Spanish, and, later, the United States, upon Native American children. There is Columbus, scooping up indigenous children as slaves; the murder of Paspahegh children by armed colonists from Jamestown. I think of the burning of Mystic fort, or other massacres, where native children fell beside their parents, victims of a style of warfare practiced without restraint by “civilized” peoples against their “savage” enemies. I think of the slaughter of Christian Conestogas by the Paxton Boys, the mass murder at Gnaddenhutten, the epidemics that carried off native children and sparked the Ghost Dance, or the boarding schools who collected and removed indigenous children from their homes. Were I to write a third edition, I would emphasize these stories even more.

And today, when we can read of the murder of native peoples by well-armed police, the too-frequent disappearance or murder of Native American women and girls in both Canada and the United States, and the travesty of South Dakota’s treatment of Native American families in its foster care system, it all seems heavier still.

Reconciliation. It is a one-way street. Too often, in practice, we can see the reminders that colonialism starts at the top. “We are ready now,” Canadians who support the movement sometimes seem to be saying. “Now that we’ve taken your land, limited the powers of your governments, mauled your culture, and damaged your children, we’re hoping that we can patch things up. We want to make things better, to understand what happened.” Meanwhile, a crisis in suicide continues, injustice continues, and monstrous scenes like that in Winnipeg continue to be played out, and young women continue to disappear. And the land remains firmly in the grasp of those who seized it.

Can it get better? Really?

I think so. I have to think so, or it would make a mockery of my work in the classroom. I have applauded the movement for reconciliation in the past. But with stories like this, and when tens of millions of Americans continue to support a President whose ignorance is matched only by his avarice, his amorality, and his cruelty, a man who uses the massacre of native peoples at Wounded Knee as a way to mock his principal opponent, deeply flawed in her own way, it is sometimes hard to be optimistic. I find that this is one of the principal challenges in teaching Native American history, and in writing a book like Native America: The struggle to keep my own sense of the darkness of the subject from crowding out the tender shoots of hope that progress is always possible.