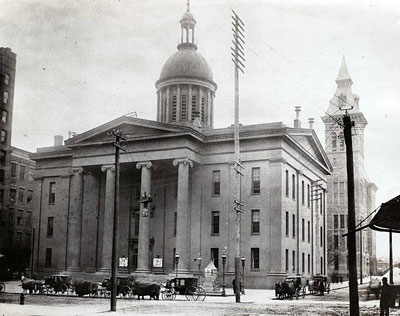 We are nearly halfway through Monroe County’s bicentennial year, yet little has been done to commemorate the occasion. Indeed, the pandemic has taken time and resources, but planning a year-long anniversary should have begun well before COVID-19 hit.  The lack of preparation and programming is a significant failure of the Monroe County historian and the county executive. In an environment where history education is under assault from political forces on the right, these two public officials have missed a meaningful and relevant opportunity to educate residents about our rich, diverse, and fascinating history.

From the original Haudenosaunee occupants to the early settlements; from abolitionists and feminists to business titans; and from immigrants seeking opportunity to urban race riots, Monroe County, established in 1821, is built upon a network of incredible stories that intersect with the history of New York State and the broader United States.

New York has a unique infrastructure for promoting the study and appreciation of local history. Under the law, every municipality in the state must have a government-appointed historian. In addition to the region’s academic historians, the many talented county historians, historical sites, historical associations, history centers, and libraries focused on local history, we have the makings of an active and vibrant local history community.

New Yorkers are interested in their state’s history. Even if they know little about it, when they are exposed to it, they become enamored. This is why the failure of the county historian and executive to eagerly plan for the county’s bicentennial is so significant. Too many New Yorkers know too little about the history of their communities.

This sort of civic engagement and civic learning can occur when our friends and neighbors know who, what, and where they are.  How did we get here? Why is our community the way it is? What is the source of the challenges we’ve faced as a community?  How can we confront those challenges effectively, and what have we tried before?  These questions are fundamentally historical.

And yet, the County Executive and the County Historian have done next to nothing.  A couple of “Did You Know” Facebook posts on a page with 38 “likes.”  A tree planting on Arbor Day. When the Republican Party has weaponized ignorance, declared war on the teaching of a critical and evidence-based history of this nation, and fomented racism through its bad faith assault on the specter of “Critical Race Theory,” historians need to speak up.  The silence coming from the County Historian and the County Executive is deafening.

If you read the news, you know that many of us, regardless of political affiliation or whether we live in the city, suburbs, or rural areas, people feel disconnected, like outcasts. Yet, when we teach people about their history and their place in time, we teach them that their stories matter. It may not be enough to merely remember the past. There is a remedy if we can connect people with the evidence that they have a role in their community’s story, that they are themselves forces in history.

(A shorter version of the preceding appeared in the print edition of the Rochester Democrat & Chronicle a week ago Sunday. Since they have yet to put this on their website, I have decided to go ahead and post it here.)

6 thoughts on “It’s Monroe County’s Bicentennial, And I Bet You Didn’t KNow It”